I have been a big fan of the Tasting Victoria platform for awhile now. So I am thrilled to be sharing two recipes in the run up to the release of my cookbook coming out September 27 called Cypriot Cooking. Cypriot cuisine has a Mediterranean allure, mixing Mediterranean and Middle Eastern flavours and ingredients. It is similar to Greek food, but say where a Greek recipe might use dill, the Cypriot recipe might use mint instead.

Living on the west coast of Canada, we have tweaked some of the very traditional recipes to make them more West-Coast Canada friendly, and many of these also feature in my cookbook. As for the recipes that I am sharing with Tasting Victoria, the first is a “hortopita” aka a west-coast garden greens pie. Think of it as a large spanikopita, that does away with all the individual folding. In Cypriot “horta” mean wild greens. My grandparents would literally chop whatever greens were growing in their backyard at the time and create different versions of this pie.

Right now, I have used what is in season in Victoria, BC, which includes spring onion, garlic scapes, spinach, chard, and kale. As garlic scapes tend to have a short season, if you would like to use a substitute for those, I would try leek. The wonderful thing about this pie is that it is very amenable to experimentation. Feel free to change the proportions of ingredients, and even the type of ingredients to suit what is in your back yard or at local farmers markets. I would recommend using thick phyllo pastry, which you can find at Fig Deli in Victoria. 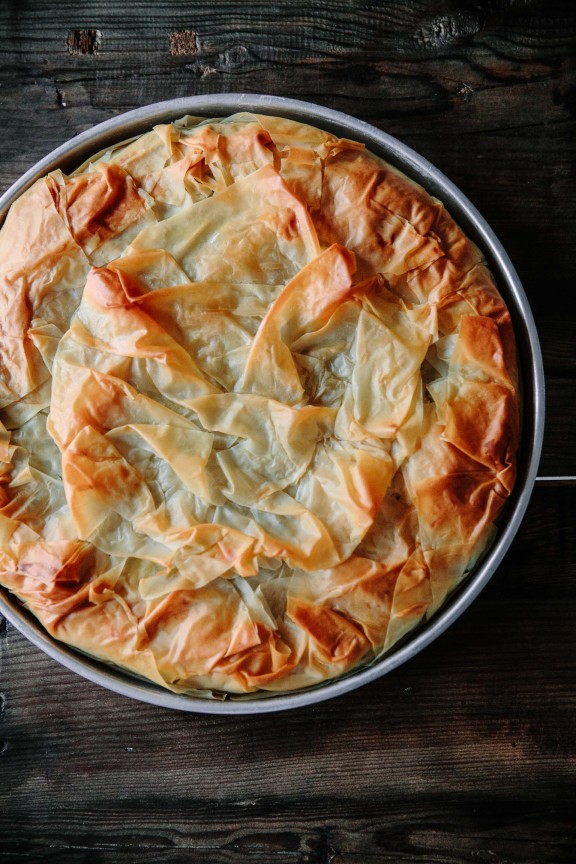 Add 8 tablespoons of olive oil to a large and deep frying pan. Once the oil is hot, add in the garlic scapes, spring onion. Fry for about 1 minute. Then add in the kale and fry for another 30 seconds. Add in the Swiss chard, spinach and dill. Continue to fry the mixture until all the greens have become soft. You do not want the mixture to burn, so constantly stir it with a wooden spoon. You may wish to add 1-2 tablespoons water and cover it with a lid. Strain the mixture for about 1-2 hours. Do not throw away the liquid release. Freeze it and add it into your next soup - it’s packed with flavour.

Stir the feta and the eggs into the filling.

Pour the mixture into pan, and spread it out evenly. Do not press too hard on it.

Butter another piece of phyllo and fold it in half. Place it over the top of the filling. Repeat twice more, ensure that the mixture is covered. Then fold the overhanding outside edges towards the centre of the pan. Brush the top well with butter.

Butter one last piece of phyllo and place it over the centre of the pie loosely wrinkled together.

Bake for 30 minutes, until the top is golden brown. You may wish to cover the centre of the pie with tinfoil half way through baking to ensure it does not burn. 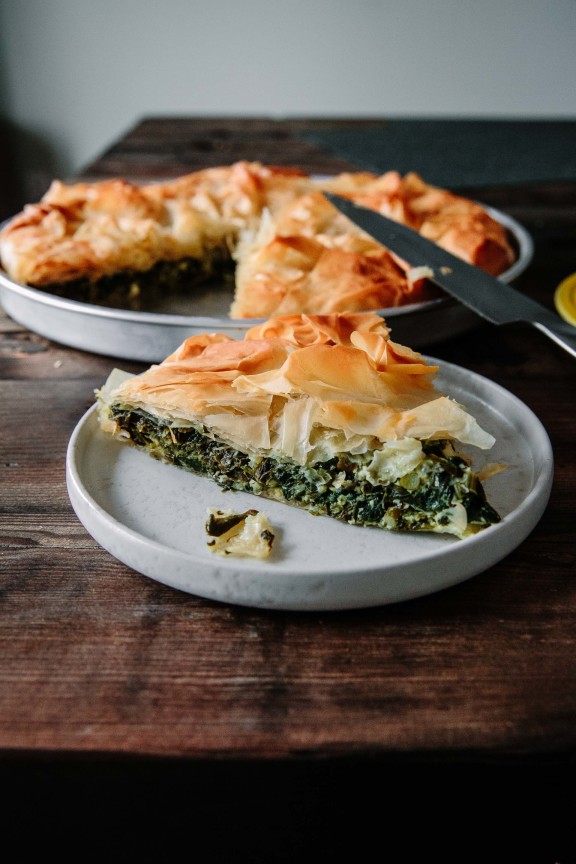 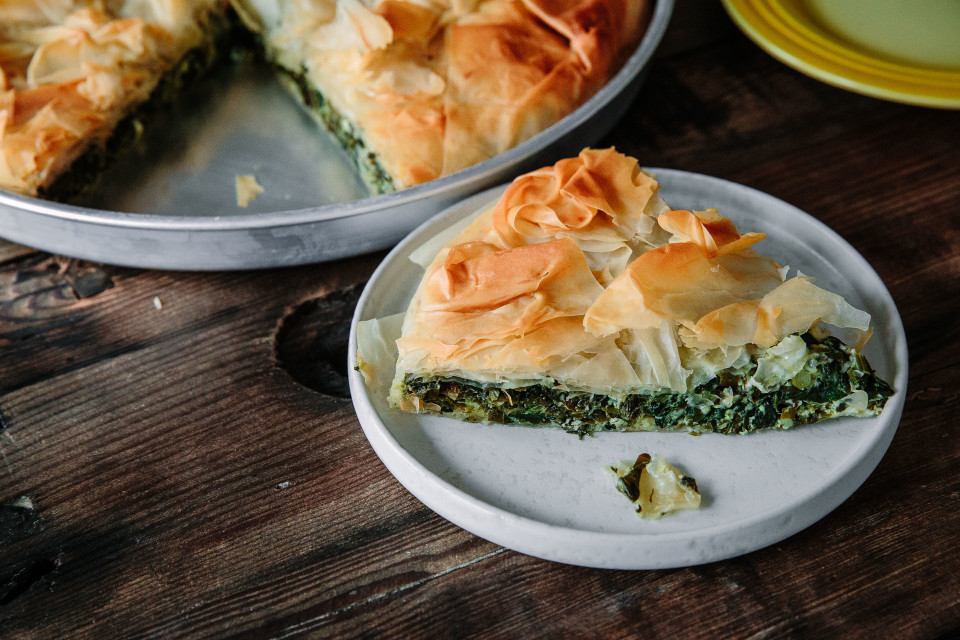