Opening a restaurant is never easy, especially in a place like Victoria where the restaurants per capita is said to be the highest in Canada. Add to the mix two broken arms, a baby expected to arrive any day, and a cuisine relatively unknown to most of the city’s residents, and you get a whole lot of nerves.

But, 16 years later, The Blue Nile East African Restaurant is alive and well. 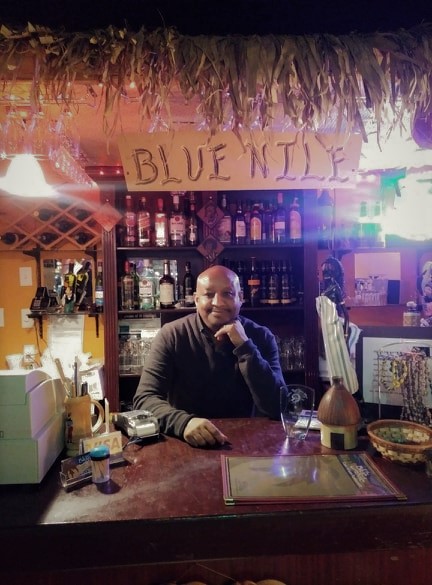 Michael Isaac grew up in Ethiopia and worked for his family’s mechanic business before heading to post secondary school.

As he worked and studied, a war between Eritrea and Ethiopia that began in the 1960s continued to rage on and Michael feared he would be one of the many young men conscripted to fight in the conflict. Faced with this uncertainty, he joined the over 100,000 Ethtiopians and Eritreans who fled to Sudan as refugees over the course of the war.

For about four years, Michael worked as a mechanic in Sudan, but he still sought something more. He had an aunt that lived in Victoria and he started to imagine a life in Canada, determined to make it a reality. He began planning with his aunt and, with the help of the St. Andrew’s Catcholic Church’s refugee sponsorship program, Michel was able to immigrate in 1987.

Over the next 15 years, Michael went through periods of unemployment and worked various jobs before eventually landing a position as an aid in a senior care home. During that time, he was able to travel back and forth to East Africa to visit family and would often bring back artwork he found.

During one of these trips, he met his wife (and now head chef), Asmeret, and she joined Michael in Victoria.

Several years later, during a period of care home privatization, there were widespread layoffs. So, out of work again, he looked to another goal that he held dearly.

“I had a dream of opening a restaurant for a long time and had been thinking about doing it for a few years,” Michael says. “There were no African restaurants here at the time and I knew, to succeed, you had to do something different.”

In 2004, Michael and Asmeret thought it was as good a time as any to jump in.

They found a spot nestled in Esquimalt where the rent was less expensive than downtown. They decided to implement a buffet, something Michael had never found before in an Ethiopian restaurant. He thought it would be a great way to encourage people unfamiliar with the cuisine to try all the food since they would be able to see and smell each dish.

Days before the opening, Michael was hanging up some of the African art he had found during his travels and he fell off the ladder, breaking both of his arms and sending him into surgery. Asmeret was also pregnant and expecting the baby to arrive any day.

Luckily, Michael’s extended family was there to help. “My cousin, aunt, and brother were all extremely helpful,” he says. “My cousin took on the role of manager. I couldn’t have done it without them.”

Three days after Michael’s surgery, he asked the doctor to discharge him and he quickly went to the restaurant’s opening, with two arms in cast.

Three days later, Asmeret and Michaels’ daughter, Delina, was born and Blue Nile was already building up a fan base.

“The response was amazing,” he says.

Today, it’s Victoria’s tight knit food-loving community, hungry vegans, curious newcomers, and a group of dedicated regulars from all over the city that help keep Blue Nile going, even amidst the uncertainty of the COVID-19 pandemic. 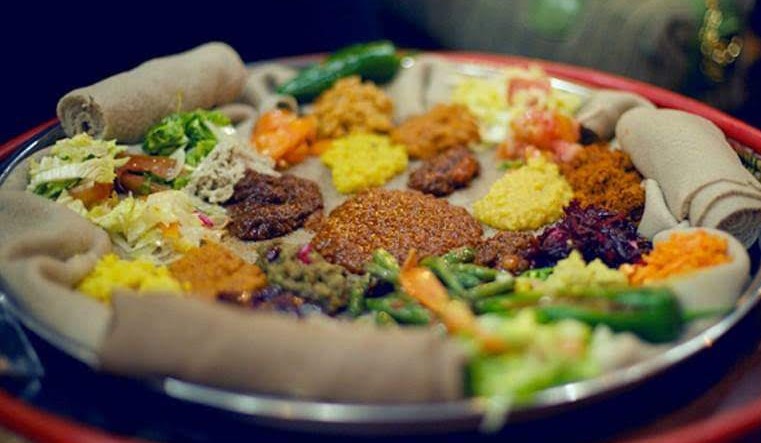 All of it is served with injera, a delicious sour fermented flatbread made from an extremely nutrient-packed, gluten-free grain called teff. Blue Nile makes their injera with a mix of teff and barley, but customers can request 100% teff if they’re gluten free.

When dining in is available again, guests can also enjoy Bunna, a traditional coffee from Ethiopia--the birthplace of coffee. The restaurant imports green beans, roasts them in a pan, and then grinds them with black cardamom before serving it in a traditional clay pot.

For now, Michael and Ameret are focussing on takeout and staying patient before they feel it’s appropriate to open up for dine in again. We recommend calling the restaurant directly and asking for a combo so you can try as much as possible--both the “meat lover’s” and the vegan combo, if possible.

Whatever you do, don’t skip the injera, Michael says.

“Back home if you eat without injera, people will laugh at you.” 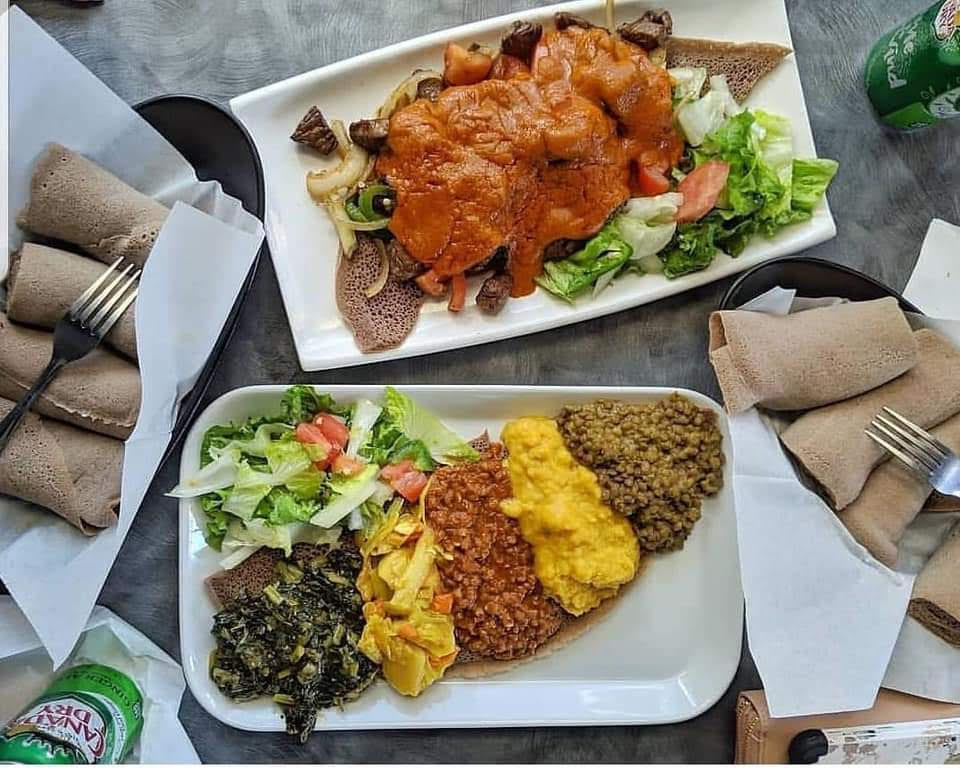 Blue Nile East African Restaurant is open for take-out Tuesday-Sunday 5pm-9pm. You can order delivery through Skip the Dishes or call the restaurant directly for pick up at 612 Head Street. You can also follow them on Instagram for updates.