There are three stages to a tasting, Laura Ritchie explains, if you want to do it properly. With six varieties of vermouth laid out from driest to sweetest in the middle of Clarke & Co’s rich wood-grain bar, we approach each one with all available senses.

First, we look at the colour and the heaviness of each glass, varying in opacity across the bar. As we do so Ritchie explains the origin of the drink, a fortified wine best known for its role in martinis and Manhattans, but which has gained its own prominence in the recent cocktail hype.

“I want to demystify this world of spirits that everyone has come to interpret as just pretentious and over-the-top,” she says. “The cocktail movement had a renaissance, it was fantastic—we’re on the other side of that now and I just think it needs to be accessible.”

Vermouths, she explained, were formerly used mainly to mask near-undrinkable spirits but are now tasty enough to just be enjoyed on their own—and that’s how we’ll be sampling them. First, a sip at room temperature, swished around the mouth “like mouthwash” to feel its texture. That’s followed by a quick inhale to give the aromas a chance to make their mark.

That will be repeated three times for each vermouth, at different temperatures as water and ice are added. It’s a scientific process but mostly it’s a lot of fun, narrated by Ritchie’s expertise behind the bar.

The tasting is part of a custom 45-minute masterclass Clarke & Co offers on Wednesdays. Ritchie will work with whatever knowledge level you come in with, and design a tasting flight complete with instruction around your spirit of choice, be it tequilas and mezcals, scotches, brandies or anything else found behind her generously stocked bar. Prices for the experience vary, starting at $30 per person.

Ritchie had her first job in the industry at age 15, and now, self-taught in her thirties she’s already a master of her trade. A first-generation Canadian, she grew up in a multiethnic part of Edmonton, sampling a diversity of foods that take many Canadians until adulthood to experience: Ethiopian, Lebanese, Caribbean.

“I developed my palate through food,” she says. “I got hooked.”

A favourite option on her menu is, in reality, an infinite series of options: a cocktail created on the spot using your whims (and some prompts like “refreshing” “spicy” “effervescent” or “herbaceous”). The result rarely disappoints—and if it does, Ritchie says she’ll work on it until you like what you get.

“That gives me an opportunity to challenge myself in that moment,” she says.

It’s also an opportunity for Ritchie to challenge and train the women she hires behind the bar—women in particular, because Ritchie does everything she can to bring female bartenders into the trade.

That’s more important now in Victoria than ever, as the food and beverage industry faces a reckoning over sexual assault and harassment allegations, first stemming from a bar manager at industry hotspot Chuck’s Burger Bar but, as Capital Daily reported, quickly rippling out into other bars and restaurants as well.

Ritchie doesn’t dwell on that long, however; there’s still a tasting to be done. Old-world vermouths, she explains, were often associated with a family estate, much like a wine, and still today in parts of Europe it’s not uncommon to come across a hacienda with its own house recipe.

The two standouts, however, are actually both from here in Greater Victoria: two offerings from the Esquimalt Wine Company—a dry and sweet vermouth—steal the show with their floral, honey, lychee, fruit aromas that burst through the palate compared with the staid Noilly Prat extra dry vermouth that came before in the tasting lineup and the jammy, somewhat medicinal Antica Formula that came after.

Every one of the vermouths had something to offer, and the possibilities for cocktails seem truly endless. Later that night, returning on a date, I ask for a custom cocktail starring that same Esquimalt sweet vermouth again—and thanks to Ritchie’s tutelage, not only do I look like I know what I’m talking about, but I (at least somewhat) feel that way, too. 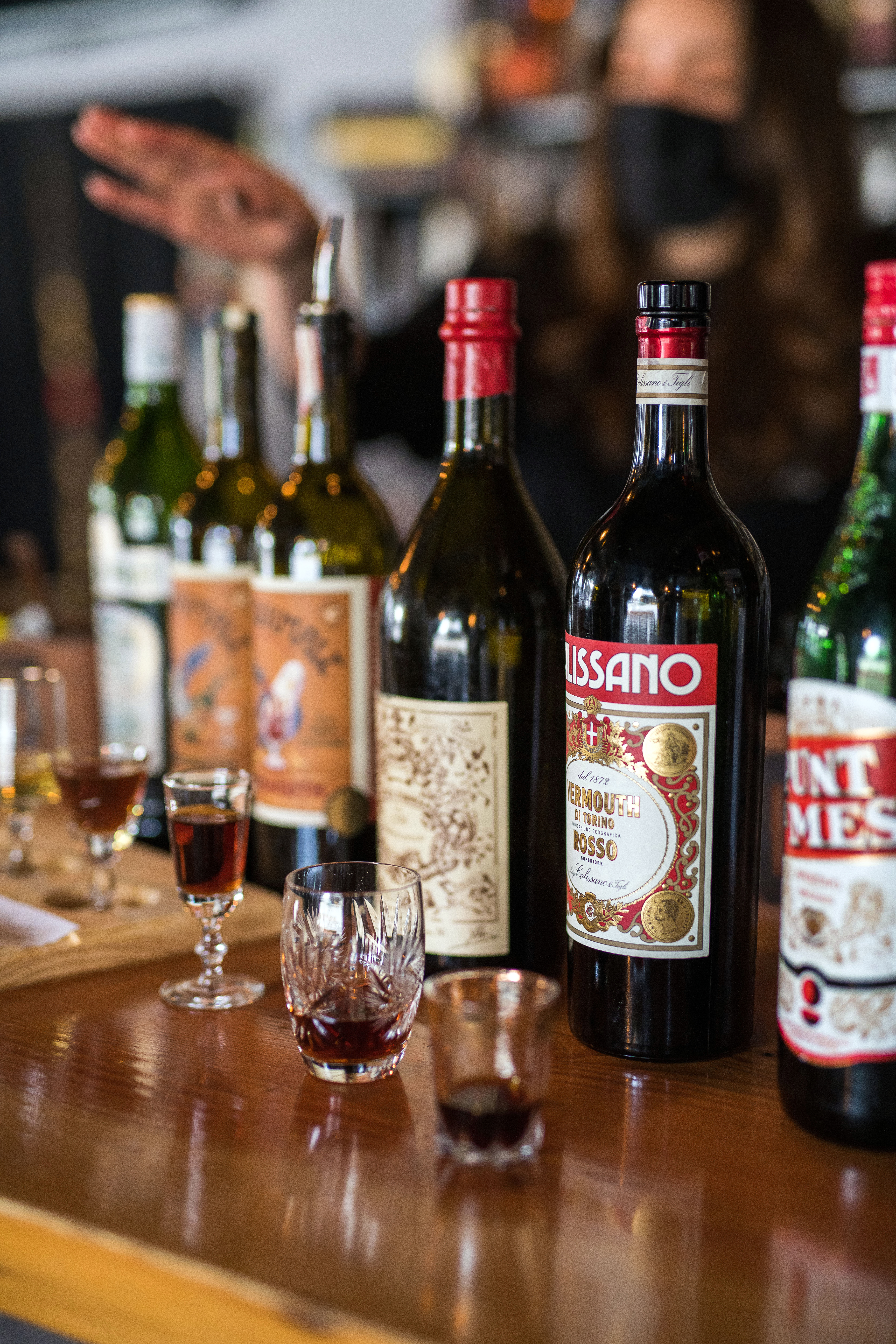